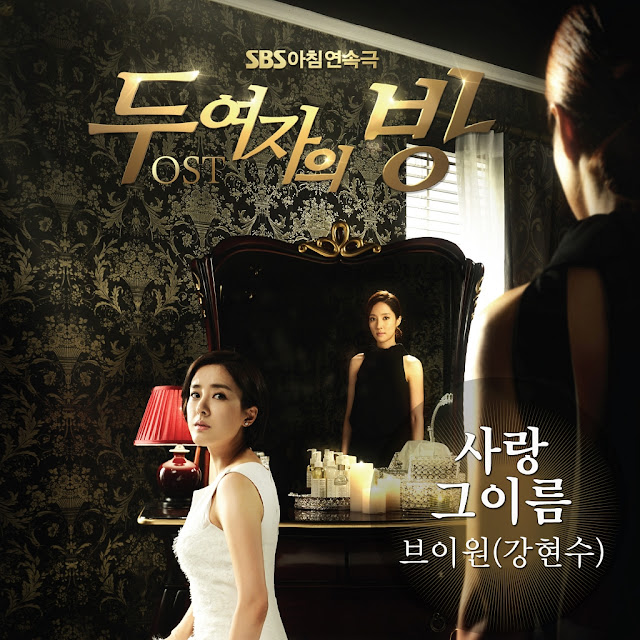 Hee-soo who is fascinated by Kyung-chae's luck decides that she will take everything away from Kyung-chae and her family. After she manages to get a job at the hotel, she seduces Kyung-chae's boyfriend, Han Ji-sub into dating her. When Kyung-chae finds out, she feels betrayed and heartbroken when she sees Ji-sub and Hee-soo kissing on the rooftop of the hotel. One day, Hee-soo asks Ji-sub to help get Kyung-chae's father, the CEO of the hotel, Min Dong-chul arrested for corruption. Kyung-chae became determined to find out who did this to her father.

Soon after Kyung-chae finds out that it was Hee-soo, they become enemies. Hee-soo then manages to convince the board of directors into firing Kyung-chae from her position as Vice President. Hee-soo goes back to Kyung-chae's house and sets the house on fire killing Kyung-chae's mother, Mrs Yeo who is half-paralyzed. The incident left Kyung-chae, her sister, Eun-chae and her father homeless and penniless.

Kyung-chae's father was released because of health conditions and memory loss. Luckily, Kyung-chae gets help from her trusted friend, Jin Soo-hyuk. Soo-hyuk helps Kyung-chae get a job at his restaurant. Soo-hyuk used to work as the hotel's chef but quit when he learnt what happened to Kyung-chae. Meanwhile, Hee-soo becomes the new Vice President of Mona Lisa Hotel. She manages to marry Han Ji-sub and now lives in Kyung-chae's house which had been rebuilt.

Kyung-chae and Soo-hyuk soon get a job at the hotel where Soo-hyuk becomes CEO and Kyung-chae is a representative of Mona Lisa Hotel's working partner, Lubyni. Their intentions were to seek revenge on Hee-soo and get back whatever she lost. Hee-soo soon goes through many problems with her in-laws. She fakes a pregnancy and that was the cause for her mother-in-law to lose her trust in Hee-soo.

Ji-sub tries to stop Hee-soo before it's too late but Hee-soo would not listen. The bank tries to auction off her house if she did not pay back on time. Feeling stressed and running out of ideas, she tries to get help from her lawyer who eventually turns his back on her too. Kyung-chae sues Hee-soo and gets Hee-soo to go into court. After Hee-soo admits to all her crimes, she is sentenced to life in prison.

Hee-soo soon finds out she is dying of a terminal disease. When Kyung-chae finds out she rushes to meet Hee-soo in prison. Hee-soo warns Kyung-chae that she will never seek forgiveness from Kyung-chae and she faints. After being rushed to the hospital, she lies in bed weak and tired.

She visits Kyung-chae's deceased mother at the crematorium house and begs for forgiveness. Not long after that, Kyung-chae and Soo-hyuk visit Mrs Yeo together because she had told Soo-hyuk to put on her engagement ring on in front of her mother. That night, Hee-soo calls Kyung-chae to meet her at the hospital. After talking, Hee-soo passes away because of the disease and her mother ends up in prison.